The 36th edition of the Gateway Cup takes place in the heart of FOUR unique and awesome St. Louis neighborhoods. You can download a flyer with race times HERE.

Within each of these host communities, the race course is a defined one mile lap and the race format is known as a “criterium.” This Americanized style of racing appeals to both athletes and spectators alike as the peloton, or pack of cyclists, pass by every few minutes at impressive speeds holding lines only inches apart from one another. Spectators can watch the race develop lap after lap and hear commentators announce race strategy, allowing more of an understanding and involvement in the excitement. Returning for 2021-  all four days of the Gateway Cup are included on the USA Cycling Pro Road Tour and are sanctioned by the Union Cycliste Internationale (UCI).

There are 9 races each day based on ability, ranging from newbies to pros. Each day begins with the amateur races and builds up to the featured events, the men’s and women’s professional races. In these races, 150 of the top national and international cyclists will hurl themselves through corners averaging 30 mph towards a typically thrilling sprint finish. Guaranteed inspiration.

Both Pro Men and Pro Women Categories will compete for equal prize money. $26,000 per gender, with $13,000 being in the men’s and women’s Omnium.  Including the other amateur races, there will be a total cash purse of $70,000 up for grabs. 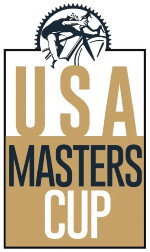 The Gateway Cup is the final race of the US Masters Cup, a competition for the best Masters Racers in the United States. Three age groups (40+, 50+, 60+) will be competing for an overall Series Prize List at three marquee events this season – Tour of America’s Dairyland (TOAD), The Intelligentsia Cup, and the Gateway Cup.